Before you start mixing margarita’s (see recipes below) on May 5th, learn a little history as to why this holiday has become so popular in America.  Cinco de Mayo is a celebration in the United States, followed naturally by another tradition “Seis de Hangover.” But contradictory to common belief, Cinco de Mayo is a celebration not the Independence Day of Mexico, nor even a date when Mexicans party or celebrate as a nation.

On May 5, we recall the famous Battle of Puebla, when Mexico defeated the French army, which at the time was recognized the most powerful in the world.  It was 1861 and Mexico had just ended a long Civil War between the Conservatives, who were sponsored by European countries as well as the Liberals, who were encouraged by the United States.

In the end, then the Liberals and the president Benito Juarez conquered the battle. However, the country was debt with all the outside powers helping both sides, which meant that Spain, England, and France sent forces to collect their money.

Juarez was able to approve the Soledad Treaties in Veracruz with Spain and England. But France, under the government of Napoleón III, who wanted to revive the greatness of his empire, decided to remain and invade Mexico to establish a territorial domain on the American continent and began marching towards Mexico City.

Join General Ignacio Zaragoza, famous national hero and previous face on the 500 pesos bills (he lost his position to Frida and Diego, and we believe many here will like this). On May the 5, 1862, Zaragoza led the soldiers of the East (approximately 5,000 soldiers), facing not just the French military of, 6 million soldiers, but also a rebel conservative military lead by Leonardo Marquez, “the Tiger of Tacubaya,” who supported the invasion.

In the end, it was due to the assistance of a courageous Native group from Tetela de Ocampo and Zacapoaxtla, who arrived in barefooted and armed only with machetes, we managed to defeat the best military in the world in direct battle –something as significant as Lord of the Rings, but without Orcs.

Historical Spoiler: The French came back with 35,000 Soldiers, and led to building the Second Mexican Empire after a few years. Then, why does this battle matters so much? Or rather, why is such a big deal in America?

The reality is that the USA celebrates Cinco de Mayo for the reason that is overlooked until you pay attention, for a reason that’s overlooked. Let us repeat again, the year is 1862, and a Civil War was being fought to create two countries out of the United States. The French who would have felt more comfortable dealing with two divided countries as opposed to one big power in the Americas.

This is a brilliant historical concept but had the French won the battle and taken over Mexico, they might have supported the South, and the Civil War would have ended differently, and that is why in America we place particular emphasis on this holiday and not in the genuine Mexican Independence Day on Sept. 16. 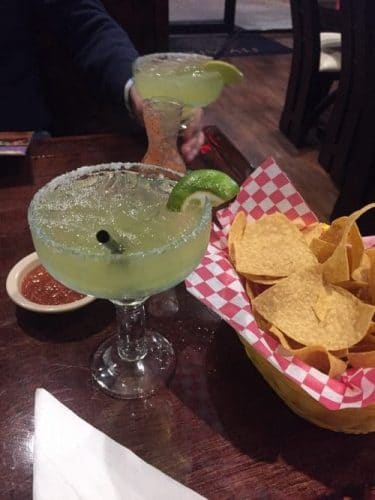 Margaritas aren’t just associated with Mexico due to the Agave tequila they’re made with, the beverage was invented there. From the early 1900s, the salt, lime and tequila beverage was created. Shortly after, it influenced outside Mexico’s border to become one of the enthusiastic and best-flavored drinks all over the world.

Who requires an excuse to mix up a margarita?

We believed so! Get out your margarita maker as it is Cinco de Mayo, and call some friends! While anytime is a great time to escape to heaven, this day is the best reason to celebrate with food, fun, and drink.

This Cinco de Mayo, while people are celebrating Mexican heritage and culture, take some opportunity to create one of these four margaritas.

Here is our margarita recipe to serve friends and family. Make sure you stock your bar with tons of tequila, ice, and mixers to keep the party atmosphere going. For hungry appetites of guests, add salsa, guacamole, and chips, or get a taco bar finished with everyone’s preferred toppings.

Make a frozen margarita this holiday using your margarita maker. Here’s what you will require:

Add ice to your reservoir of margarita maker. Add the liqueur, tequila, lemon juice and simple syrup to the jar and place in position. Hit the switch and allow the margarita mixer to perform the rest.

Get your glasses ready while your concoction is mixing. Cut limes into wedges for toppings and rim the glasses using salt. Think about adding a new Cinco de Mayo twist using a paper flag or a special Mexican trinket.

The final step is the easiest! Pour the margarita into glasses and enjoy.

While we may never know how the first margarita tastes, we do understand that a number of the best margaritas are those created with only the necessary ingredients and no frills. Here’s what you will need to make yours at home:

Fill your concoction maker’s the ice reservoir, then add the tequila, triple sec, sugar, and juice to the blender mug. Turn on the switch and see as your party machine mixes the excellent margarita. Serve in a traditional margarita glass that you have rimmed with salt. Garnish with a lime, have a sip and enjoy this classic drink for Cinco de Mayo.

Many authentic Mexican dishes have a hint of spiciness. Try to replicate that taste with your spicy margarita. Here’s what you will need:

Juice the limes and slice the jalapeno. Add them to your mixer jar with the chili powder, tequila, agave nectar,  and red chili flakes, then fill the ice hopper up. While your machine mixes a delicious drink, rim your glasses by spicy cayenne salt. This cocktail is cold, tasty and spicy – an excellent Cinco de Mayo treat.

Switch up your margaritas’ flavor and color this Cinco de Mayo with this yummy berry twist. Prepare this cocktail in your concoction maker just like you are mixing the Bare Bones Classic Margarita but add a splash of blackberries brandy together with, berries and raspberries. Save a few extra for garnishes.

Your fellow Parrotheads suggest you drink your chilled margarita responsibly and follow all drinking rules. 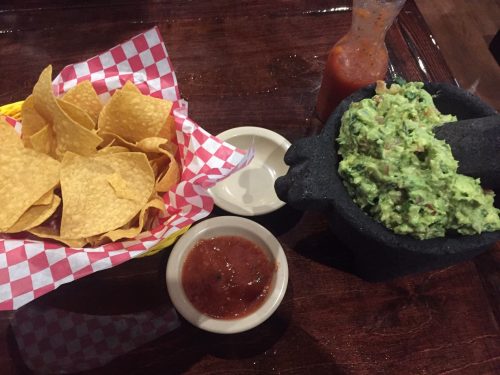 If you are throwing a Cinco de Mayo-themed celebration for a few- or a dozen – friends, you know what drink you will be serving. But what about the other party variables? Here are some ideas to bring your fiesta.

By imagining the exact beginning of Cinco de Mayo to putting questions about tropical places, arranging a little pub trivia is an excellent idea. It’s a terrific way for individuals to get to know each other, compete for prizes and just plain have fun while sipping on their concoctions.

Whether you are famous for your homemade enchiladas or you have a favorite restaurant nearby the food is an integral part of Cinco de Mayo. Treat your companions to a spread which will fill them with joy and pair them with their chilled drinks. 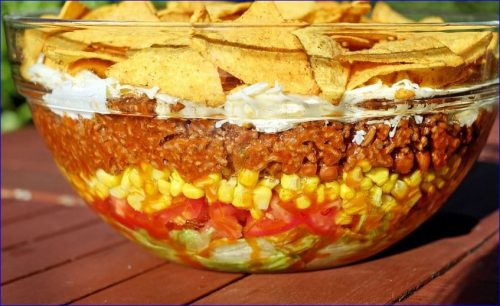 Cinco de Mayo is not just a fabulous Mexican holiday, it’s a way to honor spring. Take benefit of the hotter climate and try out your favorite yard games to corn from ladder ball to corn hole. Keep in mind: These Games are more fun with a drink in your hand!

This site uses Akismet to reduce spam. Learn how your comment data is processed.